Young goats keep an eyes on a stranger in their pen. | Photo by Tom Dorsey, Salina Journal

Pointed verbal direction came from the human boss as her eager, furry leadership team rounded up the crew of Barnyard  Weed Warriors, a herd of munch-happy goats.

The hoofed workers bleated back and forth as early spring winds whipped around a barn and outbuildings at the old farmstead south of Hunter. Tiny patches of green vegetation were evident Monday on the 76-acre compound in northwestern Lincoln County, signs  that their new career is about to launch.

Armed only with a high-pitched whistle to grab the attention of three border collies, Mary Powell, the 50-year-old CEO of the new  venture, aims to take most of the 142-head herd on the road during the growing season to provide a service for hire.

The “weed eaters” that she co-owns with a friend will make their debut in Salina sometime this spring. Salina Parks and Recreation  Department accepted her bid for a pilot project.

Goats have been a sideline hobby for Powell since 2012, while she made her living working at cattle feedyards and ranches, and most recently a game bird hatchery near Tipton. She completed an animal science degree from Kansas State University in 2000.

“As long as I’m out in the country, on the prairie, I’m at home,” Powell said. “I started this to promote agriculture in a positive way.”

Now she wants the goats to provide her a living while they eat.

“I decided that if I’m gonna sit and babysit these goats, I’m gonna make money off of them,” Powell said.

Her first target is an 18-acre tract in east Salina, known as the Riverwoods Nature Area. It’s located east of East Cloud Street,  between the flood control levy and the Smoky Hill River. The nature area’s mountain biking and hiking trails often become  overgrown with pesky weeds, and a few of the plants are poisonous, said Bob Ash, park superintendent.

“Some areas have solid poison ivy, and we have to spray,” he said.

The idea of using goats instead is “worth considering,” Ash said. “It’ll have to be an experiment to see if it works. They’ll eat the  small cedar trees that can become a big problem, and other brush.”

Goats eat the prolific and hardy bindweed “like spaghetti,” Powell said. “Cedar trees are like candy to them, also the leaves of locust  and mulberry trees.”

That’s no tin can

Goats are known to occasionally devour discarded paper and other litter, she said, but it’s a myth that goats eat tin cans.

“It’s probably about as green of a green business that you could want,” Powell said.

Goats will eat from two to three percent of their body weight each day, she said, which amounts to at least four pounds of vegetation for each  of her workers.

In a plot of land with medium weed density, she figures 100 of her goats can collectively clear a half acre a day.

Rather than mowing or spraying, you get some fertilizer in return for these critters clearing the land of plants, some varieties that  cattle won’t eat, and often in terrain that can’t be traversed by other grazing animals.

His business, rentagoat.com, involves some 5,000 sheep and goats that are hired in bunches to eat vegetation, and “cut fire breaks”  in regions where wildfires are both costly and deadly.

Since 2003, the company has been taking animals to areas that are not accessible by trucks and big machinery to take out the  plants that become fuel for fire after the leaves, seeds and stems dry in the summer and fall.

“Right now is the off-season. We’re paying to feed. We start the contracts around the first of April,” Canaday said.

His goats are in demand through the end of July.

“We take out the ladder fuels, the well-growing grasses and weeds that set the big trees on fire,” he said.

Clear an acre a day

Canaday estimated that 450 of his goats will clear an acre a day and the company is paid up to $1,000 an acre. The goats and sheep  run with two breeds of large dogs — Great Pyrenees and Anatolien Shepherds — that have proven effective in holding off most  predators.

“We have lost some (goats) to mountain lions. Coyotes won’t mess with those big white dogs,” Canaday said. “You’ve got to know  goats, how to move them around and keep them contained, so they don’t run amuck.”

Most of their work goes to the goats, but there are jobs that are made for sheep.

How they can help cattle

Goats have other uses, Canaday said. They improve cattle pastures by eating vegetation, such as certain varieties of thistles, that  cattle won’t eat.

“If you get that out of there, there is more forage for cattle,” Canaday said.

His company does restoration projects where invasive species grow tall and shade out indigenous plants.

“The goats go in and top that all down. It’s cheap and it really works good,” Canaday said. “Sometimes we’ll fly in seed. The goats  go in after it rains and they push the seeds into the ground.”

In areas such as down town San Francisco, he said, goats are turned onto places where the plant growth is heavy, offering homeless people places to hide.

“They (the homeless) sometimes start fires and that worries neighbors,” Canaday said. “There are lots of different reasons to use goats.”

Soon as the new-growth poison ivy leaves are the size of a quarter, they’ll be ready for the goats, Powell said. When that occurs it is up to Mother Nature.

“They’re sayin’ the sap’s not running yet in the oak trees. That’s a sure sign that we’ve got some winter left,” she said.

Powell’s pretty sure the Weed Warriors will travel to Salina sometime in early April. But there is a deadline. Once the poison ivy leaves become shiny, they can blister a goat’s mouth, she said. Maple tree leaves are also poison to her goats.

When the Salina trip finally arrives, Powell will pack her goats onto a trailer, with enough electric fencing to encompass roughly two acres, along with a portable restroom, camping and cooking equipment and plenty of food.

“I still like my bacon and eggs in the morning,” she said. “I’ll probably look like a Gypsy.”

Her dogs will ride with her in a pickup truck.

The electric fence isn’t dangerous, Powell said, but she will likely just have the juice on at night. A few goats will be in a separate fence that’s not electrified in case folks stop by and would like to pet the friendly creatures

“The dogs and I will fight off predators if need be,” she said.

Powell figures she’ll be in Salina five days. Then it will be up to her clients to deem whether the pilot project was successful.

“It will be a real learning curve for me,” said the tough woman, who on Monday was wearing turquoise boots, jeans, a long-sleeve shirt and had her braided hair topped with a farmer’s cap.

There are plenty of possibilities for work during the growing season in central and eastern Kansas, Powell said. She’s snared interest from others.
The city of Ellsworth has agreed to Powell conducting a couple of projects, including grazing off a couple of steep, weedy slopes, said Scott Moore, city administrator.

“It wasn’t feasible for use, for what we needed,” said Bradley Zweifel, a Russell County commissioner.

He suggested that a farmer with a weed problem might have a need, or they might be used at roadside parks, but commissioners saw safety as an issue if the goats are working in road ditches.

“I don’t want to put her down on what she’s got going. It’s neat. It really is,” Zweifel said.

“Someone will have to come in and show how it can work,” he said. “It’s green. You’re not utilizing fossil fuels and you’re recycling, basically. Noxious weed control is another use.”

Using animals to reduce fire threats has proven valuable in California, he said, where wildfires pose a threat to homes and other property in remote, hard-to-reach areas.

Goats could be used to clean out river banks, Powell said, but they won’t eat cattails, and they don’t like to get their hooves wet.

But Jane Anderson, executive director of the Friends of the River Foundation in Salina, is open to the option.

“That’s awesome. We have never thought of using goats,” she said. “It would be great to get rid of the poison ivy.”

Reprinted with permission of the Salina Journal. Original article can be found here. 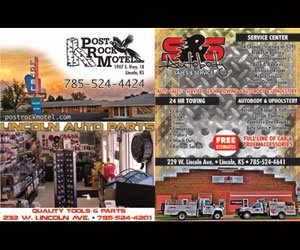 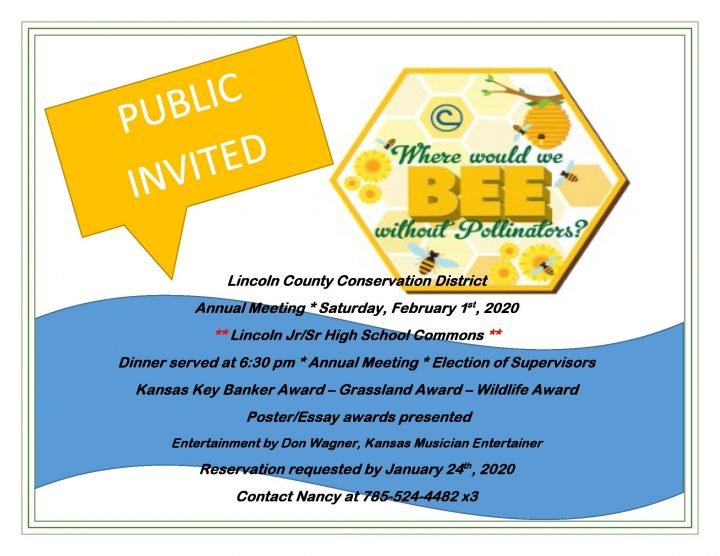