For weeks, conversation in Lincoln was abuzz with the question of “when is the Hungry Hunter going to open?” It’s been more than five years since Lincoln Avenue was home to the famous Hungry Hunter restaurant, well-known for their all-day breakfast menu, hand-breaded chicken fried steaks and burgers.

Monday Nov. 18, ready or not, Bob Berthelson turned on the “Open” sign and invited the public in to eat for his second go-round with the well-known Hungry Hunter restaurant.

With a new sign at the new location at 116 S. 5th St, a renovated kitchen, and a team of staff in place, in addition to Berthelson himself cooking, the Hungry Hunter is again offering a menu of home-cooked breakfast and lunch meals.

Open 6 a.m. to 2 p.m. every day of the week, and until 8 p.m. on Thursdays, the menu brings back a feeling of nostalgia for Hungry Hunter fans, and even looks the same as it did when Berthelson closed the original Hungry Hunter restaurant more than five years ago.

The original Hungry Hunter restaurant was in operation on Lincoln Avenue for approximately 20 years, and attracted not only hunters, but patrons from near and far. Interest in the re-opening of the restaurant did reach near and far, evident with a post this week on the Live Lincoln County Facebook page announcing the re-opening of the famous Hungry Hunter that reached over 17,000 people after 161 shares.

The Lincoln community is happy to have an old favorite open again. At 8:30 a.m. on Sunday morning, not quite one week after opening the doors, the restaurant was hopping, keeping a staff of four steadily busy serving up coffee, orange juice, and plates of home-cooked breakfast meals. The special was three biscuits and gravy, hash browns for $4.99, more than enough to fill up even the hungriest of hunters.

By Kris Heinze, for the Lincoln Sentinel 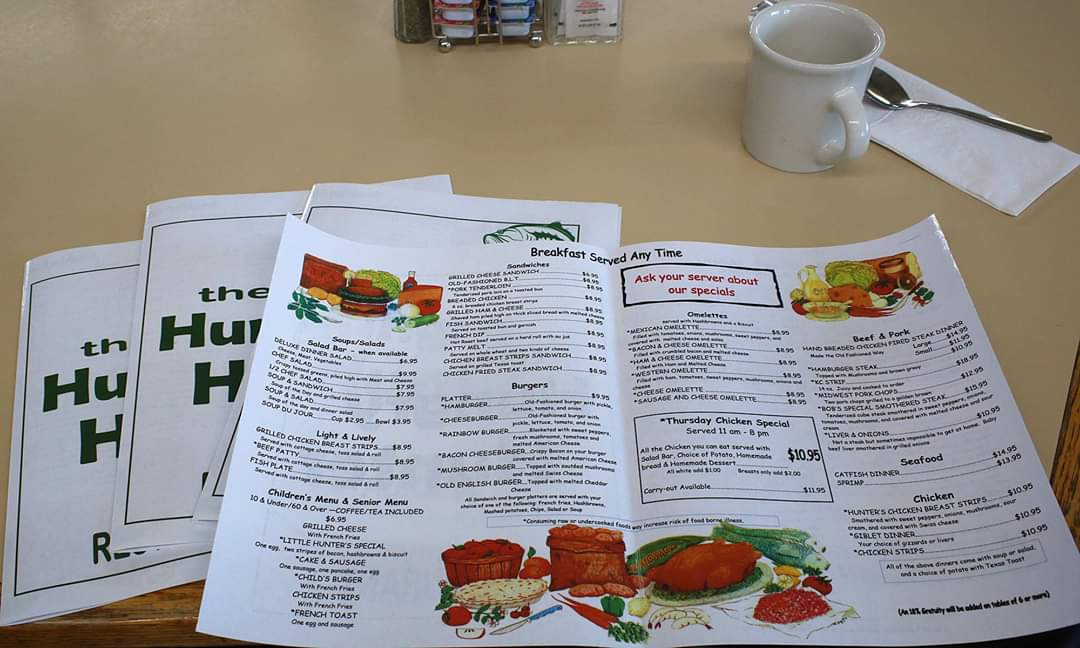 “Woody” – one of the creatures in the Open Range Zoo along the highways in Lincoln County. Photo credit: Jim Dickerman Jim Dickerman is a…

The 2020 #LiveLincolnCounty photo contest is now open! Submit your entries before Sunday, Nov 22 at https://www.livelincolncounty.com/photocontest/ Share this Page:

McReynolds family gifts land to County for public park along Saline River The plan for a new public park for picnics, camping and fishing near……