> On the Job > Historical society and museum hires new director

Nearly a year later, the Boyds are at home at Lincoln Community Church 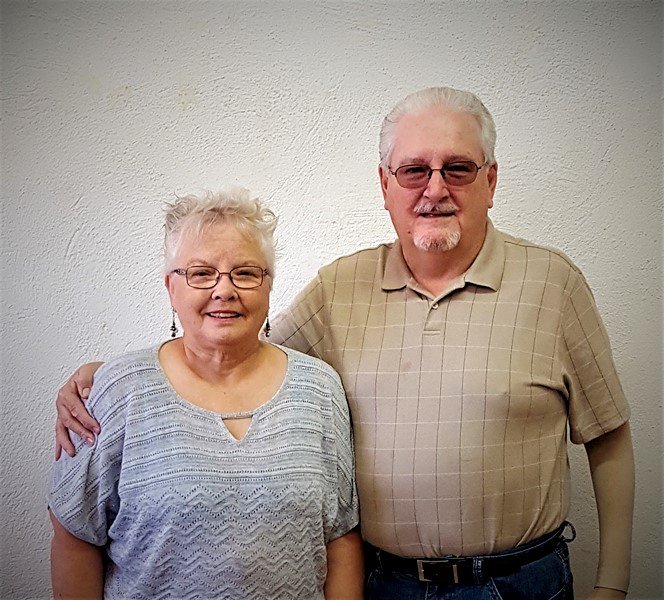 Bud DeArvil takes over as the new Lincoln County Historical Society director, and will be assisted by his wife, Georgie. (Photo by Tyler Gier)

After more than eight years spent in a leadership role, Andrew Anderson recently retired as director of the Lincoln County Museum.

Anderson decided to step down so he could move to McKinney, Texas, a Dallas suburb, to be closer to family, Kathie Crispin, Lincoln County Historical Society president, said in a release.

During his time as director, Anderson developed a museum website and created a Facebook page attracting more than 1,000 followers.

“(Andrew) loves history and has been a great resource at the museum,” Crispin said.

Born in the Denmark area in 1943, Anderson attended Denmark grade school and Vesper High School. He later graduated from Fort Hays State University, earning degrees in math and physical science. Following college, Anderson taught at Mankato for a short time before being drafted in January 1967.  After retiring from the Kansas National Guard in 1997, he taught in Kansas City and Bucklin before returning to Lincoln County in 2006. After teaching locally for two years, he retired and worked as a substitute.

“I have really enjoyed learning and sharing the rich history of our county,” Anderson said.

Taking his place will be Royal “Bud” DeArvil, who will be assisted by his wife, Georgie.

The couple moved to Lincoln after Bud retired in 2013. Georgie, a 1966 Vesper High School graduate, wanted to return to the area, and so the DeArvils relocated about four years ago.

Crispin said the DeArvils will work closely with the historical society’s board of directors to advance the organization to higher levels of public service and a greater presence in the community.

“We feel that we have a couple with the skills and experience to expand the museum’s audience and build relevance within the immediate community,” she said.

Permanent link to this article: https://www.livelincolncounty.com/historical-society-museum-hires-new-director/

END_OF_DOCUMENT_TOKEN_TO_BE_REPLACED

While you are visiting memorials around Lincoln County on Memorial Day, stop by the Vesper Community Center and enjoy a luncheon meal. The menu includes sloppy joes, ham salad sandwiches, potato salad, macaroni salad, a choice of dessert, coffee, tea or lemonade, and bottled water. “Thank you for your service” artwork made by area youth …