People choose to live in Lincoln County for a number of reasons. There is a small town atmosphere throughout the county, where neighbors are friendly and know one another, where children attend quality schools, and the crime rate is low. Beautiful native limestone structures, some more than a century old, and an agricultural based economy that fuels the nation’s food supply add to the flavor and sense of community.

Living in Lincoln County means enjoying delicious meals at local soup suppers and game feeds, watching high school sporting events with family and friends, and experiencing the beauty of stunning sunsets as they paint the rolling hills of the Saline River Valley. Settled by true pioneers, the spirit of volunteerism and general good-will is still alive throughout the county. The all-volunteer fire departments and predominantly volunteer emergency medical services provide the best in emergency services.

Lincoln County is home to several small towns that feature country living at its finest, with a variety of independently owned retail shops and a number of home-grown entertainment options.

Barnard
A small community in Salt Creek and Scott Townships in Lincoln County, Barnard is 10 miles north and 6 miles east of Lincoln. A quiet community now, Barnard was once home to the Barnard line of the Atchison, Topeka and Santa Fe Railroad…
More Information about Barnard.

Beverly
Beverly, located on the eastern border of Lincoln County, was the first settlement in the county. Settled by Civil War veterans known as the “Colorado Boys” in 1865, the town was incorporated in 1905 as a third class city, located in Colorado Township. Once a thriving community…
More Information about Beverly.

Denmark
In northwestern Lincoln County, Denmark was settled by Danish immigrants along the banks of Spillman Creek. The first settlers arrived in 1869, and nearly all of them lost their lives in an Indian Raid in May of that year. In 1871 the ranks of Danish settlers grew. Many Denmark area residents are descendants of those early settlers, four and five generations later…
More Information about Denmark.

Lincoln
Just east of the center of the county, the City of Lincoln Center is the county seat of Lincoln County, as well as the county’s commerce center. Plotted in 1871, Lincoln became a city of the third class in 1879. Lincoln’s business district is primarily located along Lincoln Avenue, and includes many of the city’s original native limestone buildings, but is also spread along Highways 14 and 18 that intersect the city…
More Information about Lincoln.

Vesper
Settlement began in the Vesper area, located in the southwest portion of Lincoln County, in 1869. The current Vesper townsite was named Nemo when it was founded in 1887. “Old Vesper” was a community located two miles west of Nemo. The post office was founded there in 1873. The townsite of Nemo was vacated in 1894…
More Information about Vesper.

Westfall
About 16 miles south and east of Lincoln is the city of Westfall. Located in Madison Township, on Elk Drive and 270th Road, Westfall is home to Shore Tire. The Westfall school, closed since 1973, was recently refurbished by the community with volunteer labor to house both the Westfall branch of the Beverly-Westfall fire department, and a community center that is available for both community and private events…
More Information about Westfall.

Permanent link to this article: https://www.livelincolncounty.com/communities/ 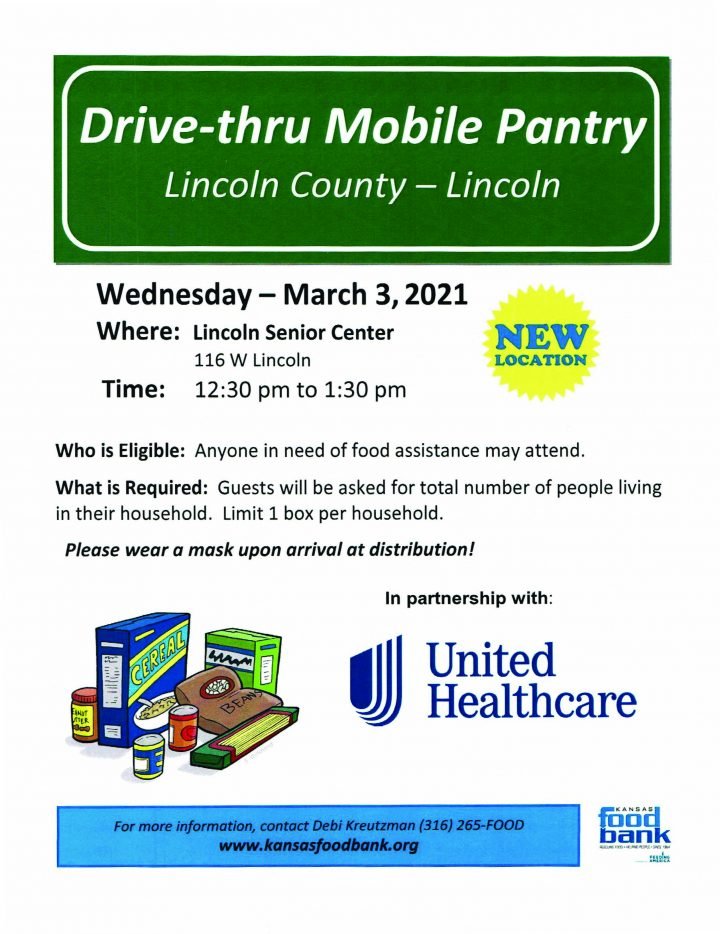 The Lincoln Senior Center will be partnering with the Kansas Food Bank Wed., Mar. 3 to distribute USDA Farm to Families boxes. This program is made possible by Cares Act Funding. Anyone in need of food assistance is eligible to receive a box. There are no restrictions or income guidelines. The distribution will take place …
Mar
6
Sat
5:30 pm Bingo @ Vesper Community Center
Bingo @ Vesper Community Center
Mar 6 @ 5:30 pm – 9:30 pm 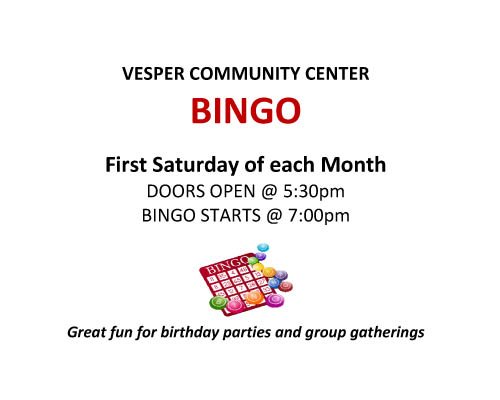 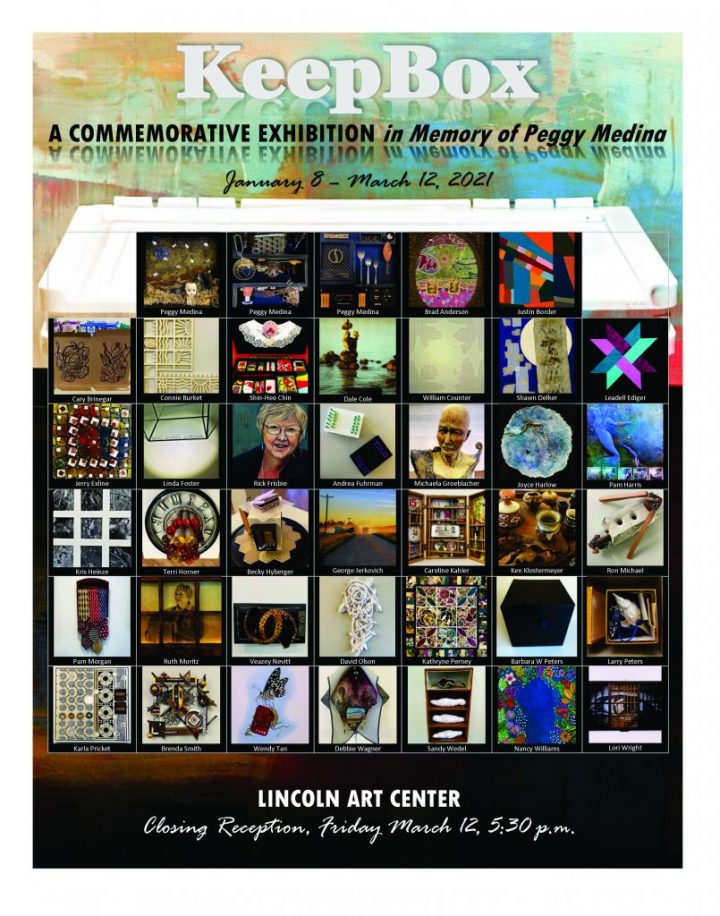 “KeepBox,” an exhibition to commemorate Salina artist, Peggy Medina, and her spirit of gathering/keeping/making opened at the Lincoln Art Center on January 8 and will run through March 12, 2021. This exhibit features forty regional and out-of-state artists each contributing one piece to celebrate Medina’s practice of looking closely, treasuring the discarded, and meticulously re-creating. …
Mar
31
Wed
10:00 am Easter Egg Hunt @ Lincoln City Park
Easter Egg Hunt @ Lincoln City Park
Mar 31 @ 10:00 am – 3:00 pm 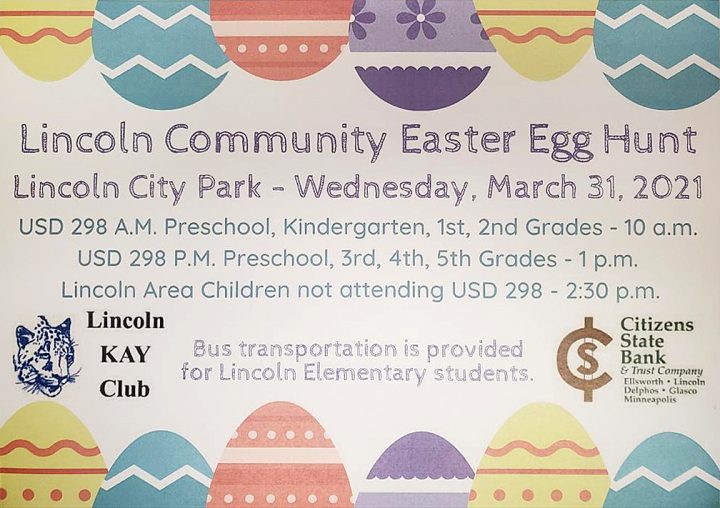