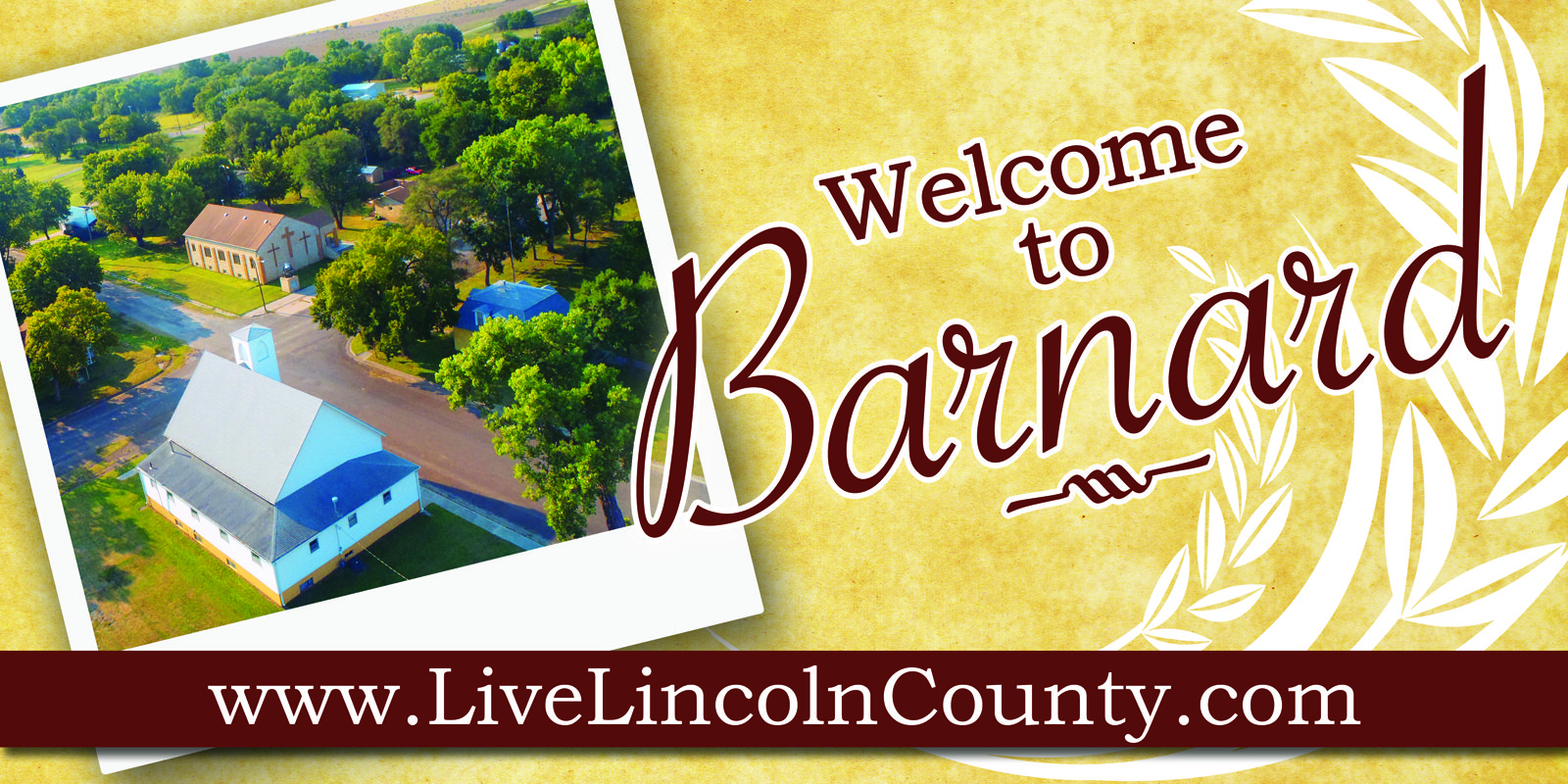 A small community in Salt Creek and Scott Townships in Lincoln County, Barnard is located near the northern boundary of the county, about 10 miles north and five miles east of Lincoln.

The city was incorporated in 1904. By 1910 Barnard was home to 425 people, had two banks, a weekly newspaper called t he Barnard Bee, several churches, a n umber of retail stores, and a telegraph and express office. It was described as an important shipping point for agricultural products.

With a declining population, Barnard’s school closed in 1966. Students travel the 15 miles to Lincoln to attend USD 298 schools.

Residents of the area hold fast to their heritage and community. A community center is home to a variety of community events.

The city’s only cafe is Nancy’s Fancy’s and serves a weekly special each Wednesday evening, as well as biscuits and gravy and muffins on Saturday mornings.

The Barnard Lions’ Club is active in the community, providing scholarships for students through fundraising activities. A grant was recently secured through G.L. Huyett Company to replace playground equipment at the City Park, and work is expected to begin in the near future.

Community pride is abundant in Barnard, people come from near and far to attend community events.